News - The latest happenings in the Atari world

Jon Nott, webmaster of the excellent Atari Net Locator page has recently given it a major update, rename and has moved it to a new server. 'Fujizone' has links to all the major Atari related pages, FTP sites and email addresses and includes details on all sites featured.

It also has information and maps for the forthcoming Atari shows as well as all the latest Atari related news.

Point your browser at: www.users.zetnet.co.uk/fujizone/

STOSSER Software have announced the title of their new game. It is to be called Billy-Boy.

It is a well written platform game which should be compatible with the ST, STE, TT and Falcon. For more information, visit their web page at: www.airtime.co.uk/users/stosser/

After a period of inactivity, I have finally decided to shut the Atari Authors Association down. The scheme never really picked up and in the end was really nothing more than a name.

One of the Atari scenes longest running Bulletin Boards, Ad.Lib BBS closed down at the end of last month.

Following on from the success of last years shows, it's finally been confirmed that there are to be two Atari Show this April.

The dates of the shows have been confirmed as Sat 26 April and Sun 27 April, in Birmingham and London respectively. There are also plans for a show in Glasgow in May but as yet there has been no confirmation.

We are sorry for the delay in releasing Mole Mayhem. Due to many factors the game is taking a lot longer to finish than I had originally planned.

New features include three brand new MOD soundtracks written especially for the game as well as a number of new levels. I intend to release yet another demo version soon with the new music in place...

Other new features include support for the Jaguar Joypads using the ports on the side of the STE and Falcon and a time limit on all of the levels.

HOT News... A Falcon specific version of Mole Mayhem is now planned for release soon after the original is available.

Telegames to release for the JagCD 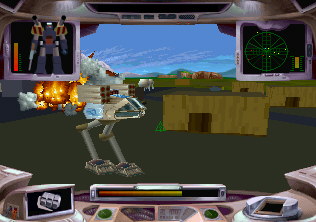 Firstly, Iron Soldier 2 the long awaited follow up to one of the Jags oldest games. IS2 contains twenty more levels for you to stomp around in your 42 Foot robot, it also makes good use of the Full Motion Video clips found in many CD games.

The game looks set for release in th US next month.

Secondly, World Tour Racing is something the Jag seriously needs - a decent racer. Basically it takes the look of Checkered Flag but the game should be greatly improved in the gameplay stakes.

Definitely two hot new games to look out for...